The Truth About Email

The Truth About Email

“Everyone's using social media. No one reads emails these days”

“People are sick and tired of more and more email. They're overwhelmed”

Have you heard comments like this recently? Me too.

It's tempting to believe them and focus more on other ways of communicating.

Except for my business, email seems to be working just as well as ever.

Just me? Apparently not according to a bunch of market research that's been done in the last few months.

Is email being wiped out by social media?

So while many people are beginning to use social media (and especially text messaging amongst younger people) instead of email for personal communications. When it comes down to business – email is still king. 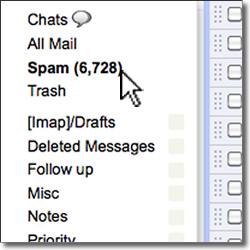 But surely no one opens emails any more?

It's true – average – open rates have dropped from 14% to 11.4% in the last 3 years according to MailerMailer's Email Marketing Metrics Report.

But that's largely due to more (bad) email being sent (and not opened). If your emails are still as valuable as they were 3 years ago with subject lines just as interesting – they'll still get opened.

In fact, click rates (rather more important than open rates) are as good now as they were three years ago (and better than they have been in the intervening years).

But no one wants to be “bombarded” with email

It's funny, whenever I speak to people worried about emailing too frequently and “bombarding” their customers and prospects with emails and I ask them how frequently they're currently emailing – it's usually monthly or at most weekly.

Is one email a week “bombarding”? Only if the emails have little of value in them.

In fact, I spoke to a marketing consultant earlier this week who switched to emailing his subscribers daily nearly two months ago. That's right: daily.

His open rates have remained the same. His unsubscribes have dwindled to virtually zero. And most importantly, the number of enquiries he's getting for his services from email subscribers has shot up.

I'm not saying you should email daily. But the chances are you can email more frequently and get better results. The people who object and unsubscribe when you send that one extra email a week? They were never going to become your clients anyway.

But I can't do those fancy graphical emails

You don't need to.

I got a bit cross recently when a (very) famous sales guru put up a video saying you needed to use highly graphical emails to get the attention of your prospects. (As it turns out, the guy was selling – you guessed it – a system to make graphical emails).

The facts on this are pretty clear. The best research I've seen is from MarketingExperiments a couple of years ago. They discovered that:

Lightly formatted emails look like the emails we get from people we know and trust. Friends and business colleagues.

Make sure they can be read on mobile devices too. According to Knotice, 13.6% of all emails are opened on a mobile device.

Fancy graphics play havoc with mobile devices. At best, they make the text appear tiny. At worst, the email is unreadable.

So you're saying I should use email as one of my key marketing channels then?

Yup. Without a doubt.

Difficult to argue (too much) with those figures.

PS If you'd like more in-depth tips on email marketing – completely free – you can sign up for my series of Email Marketing Power Tips here: