Social Media Automation: Does It Work?

Social Media Automation: Does It Work?

A quick note before you jump in to read – this was originally written in 2015 and the experiment I ran relates to the social media algorithms at that point in time.

My experience now (2018) is that LinkedIn has updated its algorithm to be more like Facebook's – ie if you make repeated posts with limited engagement it will decrease your reach significantly. So do be careful and test first.
Now back to 2015…

If you're a social media purist who believes that the only way to “correctly” use social media is for personal interaction then look away now. What I'm about to say will probably annoy the heck out of you.

Not just with social media, but with all marketing.

I believe that marketing tactics are simply tools to be used in the way that works best for you in your own specific situation.

Take the telephone for example. Some people use it to make 1-1 calls to their existing contacts. Other do telemarketing. Others “broadcast” teleseminars. None of these are right or wrong, just more or less effective depending on the circumstances.

I've often heard the opinion that the only correct way to use social media is for personal interaction and not as a broadcast channel. I don't believe that.

It may well be a very good way to use it in certain circumstances. For example if a large number of your target clients are active on social media then it's a good investment of the time needed to personally interact. It's no coincidence that the potential clients of social media experts tend to be big users of social media, and completely understandable that those experts might think that the personal touch approach that therefore works for them is the “right” way to do it.

But in other cases, it may not be the best strategy.

I've personally found that as my business has become focused primarily on online training, the best use of social media for me is as a broadcast channel.

I share links to my blog posts on social media. People click on the links and visit my site. A certain percentage sign up to get my regular emails and that's where I build a deeper relationship. And a certain percentage of my subscribers buy my products.

For me it's a much more efficient use of my time. It might not be for you. But for many bloggers, authors, speakers or product creators I think it will be. It worked for me when I primarily did consulting and coaching too.

That's not to say I don't personally interact on social media. I certainly do. And I always thank people who share my material or retweet it. And I answer questions people ask me.

But I don't spend hours a day on social media as many people do.

In order to be efficient with my time, one of the things I do is automate.

For many years I used a plugin called Tweetily on my wordpress blog to randomly tweet links to old blog posts every few hours.

I had originally worried when I started using it that people would object or feel overwhelmed by the increased number of tweets but in fact the opposite happened – I started getting tweets back thanking me for sharing more useful material.

On Twitter, most folks follow so many people that even if you tweet every hour, it doesn't crowd their stream of activity. In fact you need to tweet reasonably frequently for people to actually notice.

So for years I've had 500 or so visits to my website every month from automated tweets. And a decent number of those visitors turn into subscribers and then turn into paying customers.

It recently struck me: could I do a similar level of automation to Facebook and Linkedin? Would it work there?

So, of course, I did an experiment.

Firstly I ramped up the frequency of automated tweets to every 3 hours.

Then I used If This Then That to post the automated tweets to my Facebook page and Linkedin profile.

I let this run for 50 days, then compared the numbers of visitors from social media to blog posts to the previous 50 days. I removed any visits from ads or from new blog posts (rather than the older ones randomly tweeted).

So here are the results:

Firstly the traffic from the original 50 days:

And the visits after the increases in automation:

So overall a doubling of traffic from social media. 834 extra visitors for free basically. Just a few minutes work to set up the automation.

And just in case you're wondering about the “quality” of these new visitors, the optin rate and conversion of new subscribers to paying customers remained the same in both periods (yay!).

Now it's not all rosy however.

What I've found is that while engagement has been good on both Twitter and Linkedin (in fact I'm getting a lot more comments and engagement on Linkedin), I've fallen foul of the Facebook reach algorithm for showing posts.

So while I was regularly getting a reach of over 100 people in my early automated posts, right now it's down to 20-30. My belief is that the automated posts on Facebook are coming too frequently to get much engagement, and Facebook is therefore showing them to fewer people.

Over time, if that continues, I expect to see no net benefit from automating Facebook posts because the decrease in reach will counteract the increased posting frequency.

So my recommendation for most people is to automate your Twitter and Linkedin posts (within reason: a post every 2-4 hours isn't going to hurt anyone). But do your Facebook posts manually and infrequently otherwise the Facebook reach algorithm will punish you

Everyone is different, of course, but for very many people I believe this will be a successful model. 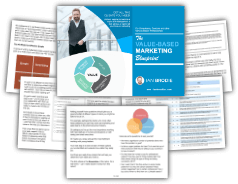