What Jeremy Clarkson Taught Me About Marketing 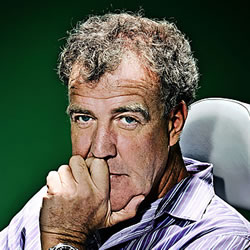 Just in case you're not familiar with Top Gear, the BBC's flagship programme for “petrolheads”, Clarkson is the outspoken front-man – you can find out more by clicking here:

So what can a middle-aged, over-tight-trouser-wearing, prone-to-put-his-foot-in-it “grumpy old man” teach us about marketing?

Well, the truth is that Clarkson is something of a phenomenon. His fans essentially hang on his every word and he's certainly the most influential motoring journalist in the UK, if not globally.

Yet at the same time, he inspires equally strong passions in his detractors. His views on the environmental movement, Barack Obama, and the residents of Mexico, Argentina and Norfolk have (perhaps deliberately) inflamed opinions and triggered numerous “we hate Clarkson” campaigns.

And it's that polarisation we can learn from.

Clarkson's fans will “buy” whatever he has to offer. And he doesn't much care what his detractors think or do.

Yet most of us are inordinately concerned with not upsetting people. With trying to please everyone. As a result, we end up with everyone thinking we're “nice”.

But nice is not enough.

Nobody buys nice. We buy what we love.

Now, of course, if you're a big multinational with half the world as your clients, you can't afford to upset large sections of them. You have to try to please everyone.

But most of us aren't in that position. We work for small organisations or ourselves.

And that gives us a big advantage.

We don't need huge numbers of clients. A handful of hugely loyal raving fans can keep us well fed for a lifetime.

And nowadays thanks to the increased visibility of the internet, we can find those potentially raving fans and they can find us. As long as we're not bland. As long as we have the guts to focus ourselves on being the perfect match for that small group and ignore the rest.

And Clarkson goes further than that. He doesn't just appeal to dedicated motoring fans – he champions them. He stands up for them. He says what they wish they could say. He takes on their enemies. He's become the person they want to be (if they only dared).

As a result, they're fiercely loyal. Not the “I can't be bothered to switch away from you it's too much hassle” kind of loyalty most businesses have. It's “follow you to the ends of the earth” loyalty.

That's the kind of loyalty that brings huge, dazzling success.

So if you want huge, dazzling success, ask yourself these questions:

Who do you stand for? Who are you the champion of? Who looks up to you and wishes they could be like you?

Answer these questions as well as Clarkson can and you're on your way.

* Update * Since I wrote this blog post Clarkson has again courted controversy by allegedly throwing a punch at his producer when he didn't get the food he wanted after they arrived late at a hotel. After being suspended by the BBC around half a million people signed an online petition to reinstate him. That really shows the power of aligning yourself with your audience.

Personally I believe it's possible to build loyalty without the arrogance, ill-nature and disrespect for others that Clarkson shows. But setting that aside, it's a clear lesson in the power of polarisation.