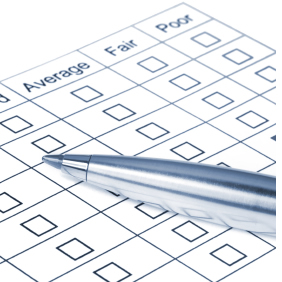 Almost every company I've worked for has done regular “loss reviews” when they've failed to win big bids. It was almost a knee-jerk raction by management – “how can this possibly have happened?” – despite the fact that the sales team often knew well in advance that they weren't going to win.

What I see much less often are “win reviews”. Rather than just celebrating a win, analysing it to figure out why you really won, to see if you could repeat that success elsewhere.

In my experience,these win reviews are much more likely to produce future success than loss reviews.

The reason is simple. Loss reviews focus on trying to identify the reasons why you didn't win – “mistakes” – and change them for the next time. But in reality, the reasons why you don't win are usually much less likely to be fixable mistakes than they are to be inherent features of your products and your company. Things which are very difficult to change. Perhaps your culture didn't fit, or your high quality product line wasn't suitable for a low cost customer.

A win analysis however, tries to identify the factors that secured your victory. These factors are almost always things you can repeat. The important thing is to find more customers where these factors are valued.

The trick in both cases is not to try to change unchangeable things (of course, if you do find mistakes then fix them) – but instead to identify which types of customer value the factors you are strong on, and which don't. You can then use these factors as a way of identifying and/or screening potential new customers.

For example, one of my previous customers, an IT services company had a very strong consultative culture. They believed that by working with their client to help them take ownership of their problems and jointly developing the solutions (rather than just “telling them the answer”) they would have a much more sustainable result in the long term.

Like all firms, they won a number of bids, and they lost a number. On many of the bids they lost, the feedback they got from clients was that they didn't want to work collaboratively – they wanted to be told the answer. Often my client would interpret this as meaning they had to try to change their culture – to be more prescriptive in their approach. But whenever they tried this, apart from being culturally uncomfortable for the team, they would end up losing more bids than before.

What they needed was to counterbalance the feedback from their losses with feedback from their wins. They then began to hear of all the occasions where their consultative culture had helped them win projects. With this more balanced feedback they began to understand that instead of trying to win everything, they should focus their efforts on “winnable bids” – bids where their culture, skills and capabilities better matched what the clients were looking for.

They began to ask early qualification questions based on these criteria to allow them to see which bids they were likely to be a good fit for, and which ones the clients were looking for a different approach in. This focused approach allowed them to make major improvements in the number of bids they won – and decrease the effort spent on bids where they really stood no chance.

In similar vein, over at SHiFT Selling Craig Elias talks about the use of new customer reviews to identify the “window of dissatisfaction” where your product or service resonates with the buyer’s selective perception – and then looking for that same window elsewhere.

Meanwhile, Chris Whyatt talks about a great win review he did with ComputerLand a number of years ago which provided a real Eureka moment for him. According to the client, the main reason for their bid victory was that “the proposal felt like it was written for us”. Sadly, my experience has been that this is rarely the case – so a proposal which does so really stands out from the crowd and has a great chance of success.