It Never Happens to Me… 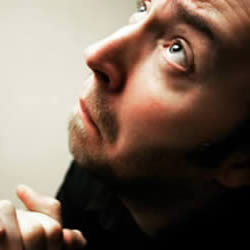 If you're like me and you subscribe to a zillion email newsletters and blogs, you probably hear the following type of stories fairly regularly:

Now I don't know about you, but whenever I read these stories, or hear similar ones from people talking about their experiences, my immediate reaction is “how come that never happens to me?”

When I go to the dentist, the topic never gets round to business. When I meet people at parties, the conversation usually turns to football, not marketing.

So how come these folks in the stories seem to have so much success turning social situations into business? Is there a secret they're not sharing that they do and we don't? Some amazing technique we've not heard of?

Well, there is a secret. But it's not a clever technique.

You see, what the stories usually omit is that the people they're talking about initiate conversations EVERY time they're at the dentist (or the doctors, or at the hairdressers, or in a queue for tickets, or…). Only one in twenty turns into a business discussion – and that's the one you hear in the story. Of course, one in twenty is one more than you get if you don't initiate any conversations at all.

When they're at parties, the conversation doesn't always turn to business. It's just that they go to more parties than us, and they're the ones bringing up business.

The rather simple logic is that all other things being equal, if you want to win more business, you've got to do more business development.

Or to paraphrase the old joke: it's no good just praying to win the lottery – you have to give your deity of choice a fighting chance by actually buying a ticket.