Dealing with a "Stonewall" 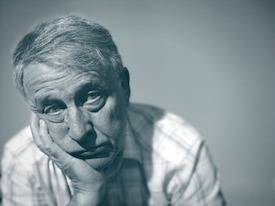 One of the situations I've always found it difficult to handle in business development is when a potential client you meet “stonewalls” you.

In other words, they don't respond or react to what you're saying.

I rarely get this reaction nowadays – for reasons we'll come on to later. But early on in my career when I first started taking on consulting sales roles rather than just delivery roles it was something I encountered a number of times. It's worth taking a look at some of the reasons why you might get this reaction from potential clients, and what you can do about it.

The first reason you might get a stonewall reaction is if the client is not expecting a sales meeting. In particular they're not expecting to be asked about or to talk about their own business or challenges.

This can often happen if you've been referred in to the client, or if your firm already has a relationship with the client and you're brought in to cross-sell other services.

Often the way the meeting has been set up in these cases can leave something to be desired. The potential client is often just told that you'll be there to share information, or present some new ideas or techniques.

The referrer or person in your firm who holds the relationship with the client feels they're being helpful by inviting you in – but doesn't want to go as far as saying to the potential client “I think you need help in this area, and this meeting is about seeing if that's the case”.

So part of the solution here is to be very clear about when to call you in, and how best to position it with the client. You should only be brought in if your colleague or referrer thinks the potential client really could need your help – preferably with a specific problem. And it's best to agree that with the client up front. Even if it's only to say “he'll talk about some of the best practices we've seen, and ask you a few questions about your business to see if they might apply to you”.

They have to create the expectation that you will be probing and asking questions about their business to identify a fit – not just presenting some material for their education.

If that pre-positioning hasn't been done, then it's imperative that you at least know about it. Then at the start of the meeting you can clarify what you'll be doing and that you'll be asking them questions and looking to see if there might a fit. You may want to consider not holding the meeting if it hasn't been set up correctly.

The second reason why the client might stonewall is if you don't really give them the chance to interact.

In my early days I tended to present at potential clients rather than discussing things with them. I was an engaging enough presenter, and I'm sure they learnt a lot from the presentations and it might even have worked to establish my credibility.

But the style I used didn't work to get them interacting with me.

It's something that's difficult to describe in words, but there are ways of presenting – the tone of your voice, the way you make eye contact, pauses you put into the material – that invite discussion. You can use almost the same words, but be much more likely to generate a reaction or response.

In the early days, the way I was presenting was sending out the signal “you're here to listen”. The potential client was placed into a passive mode where they sat and listened – but didn't talk about how what they were hearing might relate to their own business.

The third cause of stonewalling is the client's own reluctance or fear of engaging.

This can be for many reasons. they may fear you're going to try to “hard sell” them – and so don't want to open up. Or they don't perhaps want to admit to having problems in their business – they may be embarrassed, or not want to appear “weak”.

Getting over this fear has a lot to do with how you handle yourself in the meeting and the impression you create. You need to build rapport quickly, and to demonstrate that you're someone safe to open up to. You're not going to push product at them, and you're going to be understanding and empathise if they share their challenges with you.

Doing this isn't about using tricks and techniques. It's not about mirroring body language or using “hypnotic” words that magically make people like you.

It's about genuinely being interested in, and caring about the other person. It's about actively listening and trying to understand rather than just listening for gaps to come in with your own clever statements.

It's also about recognising when you need to challenge the other person. Today, if a potential client who has asked me in to talk to them doesn't really open up or answer questions then I now have the confidence and courage to pick them up on it.

I'll sometimes ask a very straight question: “Look, you don't really seem interested in the examples I'm giving, and you don't seem to have any problems in this area it's worth talking about. Yet you were interested enough to invite me in to talk to you today – so there must be a reason or something you want to discuss. Rather than dancing around – is there something specific we should be talking about that would be helpful for you?”

It doesn't always work – but it's a lot more likely to work than constantly talking at a stone wall.