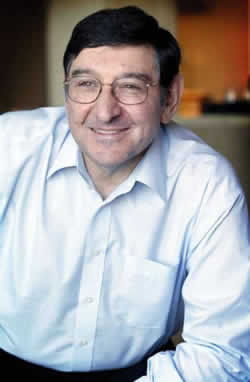 Twitter is a bit of an enigma for most professionals. Can it be used successfully for business development? Is it an effective use of time, or a huge white elephant?

And while many commentators are pointing to the tailing off of Twitter’s previously phenomenal growth rates and the low usage amongst client decision-makers; some professionals are quietly going about their business using Twitter to win new clients.

One of the most common criticisms of Twitter is that “it’s just inane chatter”. People tweeting about what they had for breakfast, how much they enjoyed the latest episode of their favourite soap, or a joke they’ve just heard. And in all honesty, that was my initial reaction to Twitter when I was first encouraged to use it a couple of years ago.

The most common riposte to this criticism is to point out that many people don’t just tweet inanities. They tweet useful commentary or links to resources, articles and blog posts. “People are tweeting sensible stuff” they say, you just need to follow the right people.

But both sides are missing the point to some degree.

The fact is that most adult conversation is “just inane chatter” too. When we’re with our friends down the pub, talking to clients over coffee or colleagues by the water cooler we’re rarely sharing valuable business insights. Most of the time we’re talking about what we saw on TV, our plans for the weekend, what Bill in accounts is doing with Jane in HR.

We don’t build relationships with clients and colleagues by “talking shop” all the time. We do it in the gaps between business conversations. We open up a little and talk about what interests us, our views on the news, what annoys us and what makes us laugh. We talk about our family, our football team, and the funny thing we saw while on the way in to work.

David Maister (who as far as I'm aware isn't on Twitter himself) sums this up brilliantly when he says “The key to being a good communicator is talking when there's nothing to talk about”. Whether it's in your personal or business life, if the only time you talk is when there's an issue to talk about, then you're not going to build a relationship. You can see David on video expanding on this and on how to be a good listener here. (By the way, for any readers not familiar with Maister's work, bookmark this page, head on over to davidmaister.com, and take in the wealth of articles, video and podcasts. I'll see you back here when you're done – perhaps in a month or so…)

Yes, it's great to post useful tips. You'll build your credibility no end by sending out links to great articles and blog posts in your niche, including some of your own.

But you won't build relationships.

Relationships are built by engaging at a human level with the other party. That means two-way communication, not just one-way broadcasting – no matter how great the material you're broadcasting is.

And two-way communication will inevitably include idle chit-chat. if you're genuinely interested in the other person then you'll be interested in their views on the news, what they're planning for the weekend, and perhaps even what they had for breakfast.

Case in point: a few weeks ago I engaged in a short twitter exchange with a professional I know reasonably well about karaoke tunes. A couple of other folks he knew joined in. We made fun of each other's selections, and suggested putting a karaoke band together. Nothing of any “value” was tweeted. No great insights or anything business related. But we all got to know each other a little better. We now have a shared experience: something to make a little joke about next time we meet online or in the real world. We know a little more about each other's personalities (and our taste in music). Pretty much the same as if we'd been introduced at a party or other casual encounter.

In fact, in some ways, Twitter can provide a real shortcut to building relationships. In the face to face world, it often takes some time to get beyond the “what do you do?” stage of conversation when you first meet someone. But on Twitter, most people seem quite willing to share their thoughts and ideas on a whole range of more personal topics. It's often possible to get a real insight into someone's personality, likes and dislikes quite quickly on Twitter – something that would take many meetings, often over months with face-to-face networking.

And because Twitter is still a fairly new channel, many users share a sense of being part of an “early adopter community”. They're much more willing to interact and respond to messages than they would be on other more established media.

So next time you hear someone complain about how all people tweet is nonsense, just smile and agree. And take note of David Maister's wisdom: it's that nonsense which actually builds relationships.