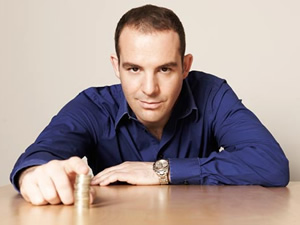 If you're in the UK you probably heard that in June 2012, Martin Lewis, the “Money Saving Expert” pocketed the tidy sum of £87 million by selling moneysavingexpert.com to Money Supermarket.

Well, actually, he's already promised £10m to charity, so he won't be pocketing all of it. But not a bad day's work really.

Without doubt, the value of the site is based on Lewis's position as the leading authority on saving money in the UK.

He was the UK's number one person searched for on google in 2009, and number 2 after Cheryl Cole in 2010. In a recent poll of mothers in the UK on who was the biggest champion of consumer rights, he took a massive 49% of the votes.

So how did he rise to the top of the herd? He started off his life as a reporter no differently to hundreds of other consumer journalists. And there are dozens and dozens of consumer advice websites, price comparison sites, money saving forums and columnists.

Why did Lewis rise to the top?

Well, there are some prerequisites:

Firstly, he really is an expert. In his own words “I'm a nerd, but a very proud nerd. Staying up to three in the morning doing spreadsheets on credit cards is not cool”.

I'm sure you've seen lots of courses and gurus on the web telling you you can become an “instant expert” (if you buy their course, of course). Bullshit.

To become an authority you need genuine expertise. Lewis shows this. Challenge him on the latest credit card rates or the best deal on your energy bills and he'll rattle off an unerringly accurate list of your options.

And while there are shortcuts to building expertise, it doesn't happen overnight. And it takes hard work.

Secondly, he recognised early on that to achieve what he wanted, just being an expert wasn't enough. He would have to have influence.

In the nicest sense of the word, he's a great self publicist. He writes multiple newspaper columns and appears on TV and radio shows almost every day of the week.

But the publicity isn't all about him. he doesn't go on TV to promote himself. He goes on TV to give useful advice to people. Everything he does gives Value in Advance. He gives freely of his expertise.

But for me, the most important factor in how he became an authority is that he doesn't just give advice to consumers – he champions their cause.

He's an outpoken critic of hidden charges and bad deals. He's not afraid to call out big companies or government when they let the consumer down.

Martin Lewis isn't just an expert. He's the guy we trust, because we know he's fighting our corner. He's looking out for us.

We don't second guess his motives. We don't wonder what's in it for him. We know we can trust him. He's one of us. On our side.

He's THE authority because of that combination: expertise, influence and trust.

So in your field – how do you rate on those dimensions?

Would your potential clients see you as a deep expert?

Are you influential? Are your ideas seen and shared widely?

And are you trusted? Are you seen as the champion of your clients? Do you put yourself on the line for them?

If you want to be seen as an authorty you need all three.