The Best Way To Market To Corporate Clients 15th February 2020 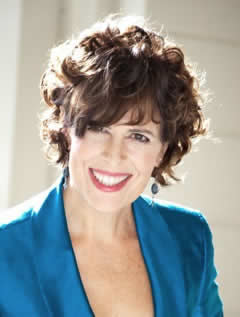 Today's blog post is by Susan Harrow. Susan's a media coach and PR expert, and I'll be hosting her on a webinar next Wednesday where she'll show you how to “Speak in Sound Bites” for maximum impact. Click here for details.

In this new age of media 2.0 the media is much more likely to search for experts when they have the need rather than poring over hundreds of useless press releases that don't have information that is relevant for their audience.

So even if you haven't sent out a press release you could get that important call from the media – if you've positioned yourself correctly on the web.

On the flip side: did you know that now with YouTube and The “Wayback Machine” that what you say could haunt you forever?

Once a video of you is posted or something you said shows up on the Internet there's no way to take it back. With the advent of technology what you say will stay around in eternity and anyone can access it at any time.

This is why it's so important that you pay attention to what you say and how you say it.

That's right, your reputation, your credibility, your brand, your livelihood could disappear with one bad article or one TV appearance gone south. But it doesn't need to be so. Don't make these five mistakes.

1. You waffle.
Many people I media train waffle. They meander off into a tangent or blurt out a thought that just came into their head in the heat of the moment, instead of carefully planning their messages and delivering them.

I just saw the movie Fair Game about the Valerie Plame story. When Plame spoke to one of her contacts overseas from whom she wanted information she was firm as a mountain, soft as breeze, fluid as water. She was never harsh, but she got her way. She knew her facts so when she spoke to one of her own team members or someone whose cooperation she wanted she quietly, but firmly repeated her request.

You can do the same when someone asks you a question. You calmly assert your pre-rehearsed answer no matter how many different ways a reporter or host ask you a question to elicit a different response. Know what you want to say and stick to it. Stay firm as a mountain, soft as a breeze, fluid as water.

2. You don't quote industry leaders or competitors.
It might sound counter-intuitive to quote your competition or other high-stature people in your field, but it shows that you are on top of what's happening in your industry. In an Inc.com article titled 10 Tips for Giving an Important Speech by Alyssa Danigelis, anthropologist, filmmaker, and National Geographic explorer Elizabeth Lindsey said, “The more we talk about the things that matter to us, and less about our achievements, people breathe a collective sigh of relief.”

When we focus on what's important to us in a sincere way it translates to our audience. They get it. Quote people you admire whose philosophy resonates with your own to help get your ideas across in a novel way. They often say things that give a different point of view given we are all entangled in our own perspective. It's a way of broadening our own views and the views of our audience.

3. You don't tell how you've helped people.
The most potent way to persuade people to buy or buy into you isn't for you to talk about your achievements but to tell a story about a person you've helped. I recently media coached a client who said he wasn't a good story-teller. As a doctor he preferred to cite facts so he would be more authoritative. But the human warm fuzzy factor was a bit lacking. It's important to use facts and stories to build trust. And it's also necessary to tell stories that reveal our effectiveness human to human.

Facts show you have knowledge, and personal and professional stories illustrate your understanding – how you do what you do and how well your methods work. I suggested that he tell dramatic or funny stories about people who came into his office with an acute problem whom he helped quickly recover using both his doctorly intuition and the product he was promoting. In our next media coaching session he did this beautifully in preparation for his NPR interview. Giving your audience a story about how you helped another person is the closest thing to giving them an actual experience of you.

4. You don't transform your wounds into wisdom.
Your hardships are the mistakes that others don't need to make. Your wounds make you loveable. We all have an Achilles Heel. Don't hide it, highlight it.

Comedian Craig Ferguson said, “I think that sometimes fear is god's way of saying paying attention to this could be fun. I've learned from people who are braver than I that fear is necessary, failure is necessary. When I talk to people and they tell me how well they are or how well they are doing I think they're crazy and they're failing. And when I talk to people and who are telling me how they feel. I'm not saying that misery is more authentic than joy, I don't mean that. But I do think that sometimes self promotion can be tiresome as I sit here talkin' about my book. Which is available reasonably priced from all good outlets.”

What I love about Ferguson is that he doesn't wallow in any sentiment. He moves into the wound and the moves out of it with humor. And aren't you interested in his book just from reading this one quote? I was.

5. You don't have your opinion ready.
Thought leaders have opinions. They back their opinions with evidence or piggy back them with humor to soften a tough point of view. Have your opinion ready. To become a respected thought leader spend some time every week thinking about the issues in your industry. Consider some of the trends that are happening. Formulate your thoughts. Concretize them in writing on your blog, Facebook, or in an article.

When a reporter who had interviewed me before called and asked me my opinion of the new Conan O'Brien Show I told her I hadn't seen it, but I still had an opinion about it. We laughed. Then I transitioned from what I didn't know into what I did know – which was Jon Stewart. I watch The Daily Show with Jon Stewart and think he's hilarious, smart and self-deprecating.

Even though he's super smart he's not a snob about it. She really wanted my comments about the future of the talk show format so I talked about that in relation to Jon Stewart. I got a paragraph at the end of her article – without knowing a thing about the topic of her piece – Conan O'Brien.

The important thing is to transition to what you know and make the connection so you are serving the reporter and her audience. Folk singer Joan Baez said, “I've never had a humble opinion. If you've got an opinion, why be humble about it?” Thought leaders aren't afraid to voice a strong opinion.

Susan Harrow, CEO of http://prsecrets.com, is a top media coach, marketing strategist and author of Sell Yourself Without Selling Your Soul® (HarperCollins), The Ultimate Guide to Getting Booked on Oprah, and Get a 6-Figure Book Advance. Clients include Fortune 500 CEOs, bestselling authors and entrepreneurs who have appeared on Oprah, 60 Minutes, NPR, and in TIME, USA Today, Parade, People, O, NY Times, WSJ, and Inc.

Join Susan and me to learn how you can speak in sound bites to get what you want in business and in life (FREE teleseminar / webinar) here: Speak in Sound Bites >>